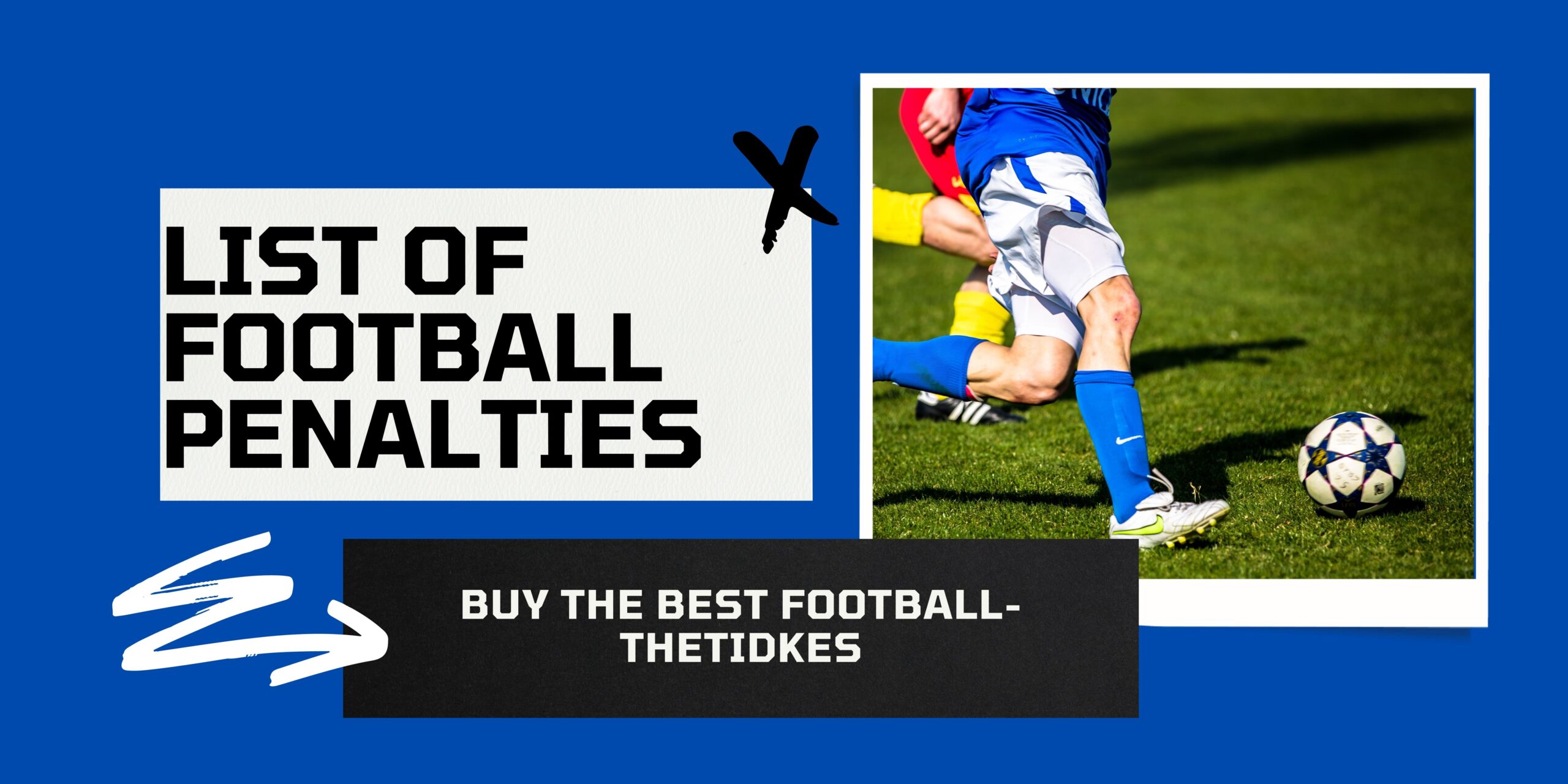 The world’s most popular sport, football is a team sport and a timed sport. How many of you know that there are 19 rules, 116 sections and 343 articles in NFL rule books?

There are many rules and penalties that are enforced during a football game. Most football penalties result in a loss or gain of yardage, automatic first down or even ejection. The severity of the penalty determines the number of yards. Most of the penalties are 5 or 10 yards but some dangerous or unsporting act can result in a 15-yard penalty. Referees will usually signal penalties by throwing a yellow flag and using corresponding hand motions.

The rules of the football game are complicated and different, depending on the level of play. A penalty kick is awarded if a player commits a direct free kick offence inside their penalty area. A goal may be scored directly from a penalty kick.

A penalty shoot-out is a method of determining which team is awarded victory in a football match that cannot end in a draw.

Some of the common penalties are

These penalties can only be committed by defence team. Defensive penalties usually result in the offensive gaining yards or an automatic first down.

These penalties can be committed by the offensive team. Offensive penalties usually result in a loss of yardage.

Holding –5 yards and automatic first down

When a player grabs a football player without the ball, with the hands or hooks him or tackles him.

It is illegal to grab another player’s facemask

When the passer throws a pass nowhere near an eligible receiver strictly to avoid being sacked.

When one of the offensive player that is not an eligible receiver, is more than 5 yards downfield from the line of scrimmage during a forward pass.

An action that delays the game. For example, if the offence allows the play clock to run out.

When a defensive player crosses the line of scrimmage and makes contact with an opponent before the ball is snapped.

When a player tackles another player by holding on to his collar/shoulder of jersey from behind.

When a defensive player makes any contact with the punter, provided the defensive hasn’t touched the kicked ball before contact.

Clipping is blocking an opponent from behind below the waste, provided the opponent is not a runner.

When a player deliberately trips a player on the opposing team.

A foul is any infraction of a playing rule for which a penalty is prescribed.

Penalty was created as a way to promote player safety and prevent unnecessary injuries. But you can always reward yourself with the best sporting goods.

Best footballs of your choice are available at our retail store, TT SPORTS, at Akola, Maharashtra.  You can choose from Cosco Milano, Cosco Platino, Cosco Premier, Nivia Classic, Nivia Equator and many more Indian and global brands.