Considering Career in Cricket – THE TIDKES 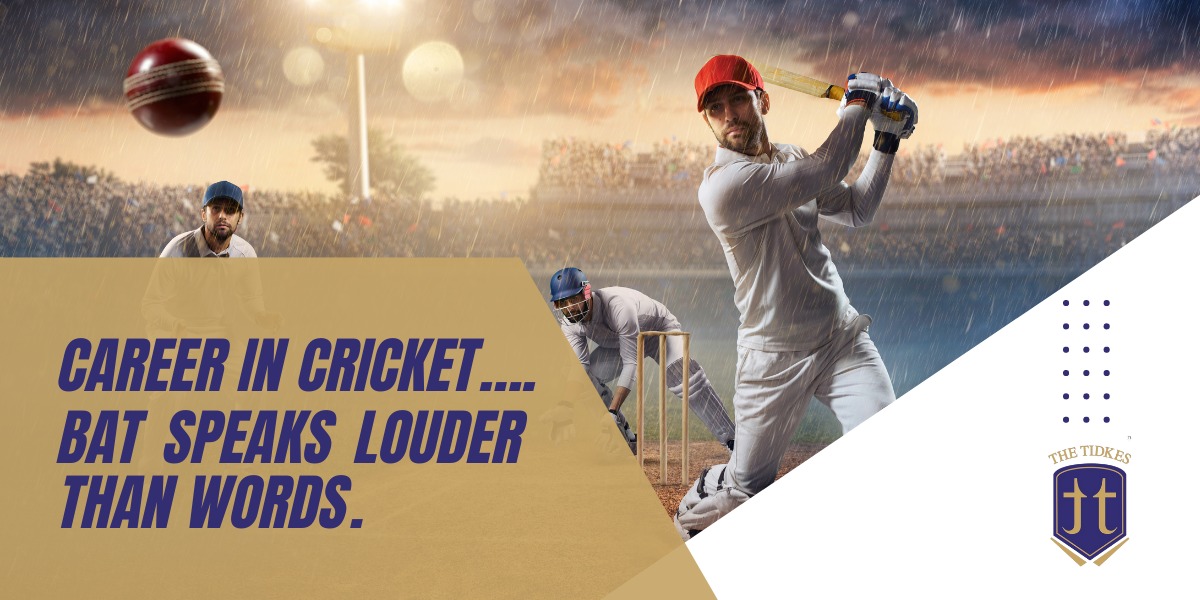 Cricket was first played in South East England in the mid-16th century. With the expansion of the British Empire, the game grew in popularity. The game is also popular in India, Australia, and other nearby countries, as well as the United Kingdom and South Africa. The International Cricket Council (ICC) now oversees the game, while the Marylebone Cricket Club (MCC) in London sets the rules, known as the Laws of Cricket.

Historians believe the game originated as a child’s game. A court case about the ownership of an estate is the first known official record about the game. The game was played by boys in Surrey, England around 1550, according to the case.

Cricket is a game that is played all over the world and is watched by fans from every continent. However, you may be wondering if it is worthwhile to pursue your interest in the game and turn it into a career. Cricket as a sport can provide a lucrative and rewarding career. Cricket players are well compensated because they frequently earn millions of dollars, travel the world, and play the sport they adore. With the introduction of T20 cricket, players now have excellent opportunities even if they do not reach the international level!

Cricketers must be athletic, naturally gifted individuals who excel in at least one of the three aspects of the game of cricket. A career in cricket is for someone who is willing to put in a lot of effort before they can taste success. If they want to be noticed by scouts and selectors, they must be willing to forego their education and even spend time with their families. A major question involved isHow to make career in cricket? A career in cricket is only for those who can handle pressure and live on a low income or with family support in their early years. Cricketers must be willing to travel throughout the country and around the world for tours and matches.

Life of a cricketer

Cricket is widely regarded as one of the most glamorous and lucrative professions in the world, and this is often true. However, in order to reach the big stage, a lot of hard work is required. This could imply spending a significant amount of time away from family and loved ones. Long training sessions and long distance travel are all part of the process of becoming a cricket player. As an international cricketer, you must travel extensively to play matches in other countries. Cricketers can spend up to six months participating in various international series or tournaments.

Capabilities one should practice:-

Thoroughness and attention to detail, the ability to accept criticism and work well under pressure, patience and the ability to remain calm in stressful situations, ambition and a desire to succeed, excellent verbal communication skills, physical skills, the ability to monitor your own performance, and physical fitness and endurance are all required to be a cricketer.

You may be able to apply for a position at one of MCC University’s six Centers of Excellence. You would study for your subject degree while also receiving professional coaching and opportunities to play at a high level during your time at university. Depending on your performance, you may be offered a professional contract with a top-tier country team one may also be able to join a first-class county’s academy or player development program if you demonstrate the ability to play at a high level through your school or club. Coaches and scouts choose players and invite them to trials. Places are available at various age groups beginning with juniors and are open to both male and female cricketers.

Perks along with the career

There are numerous advantages to pursuing a career in cricket or  How to make career in cricket?. This profession can bring you instant fame in the world’s ten major cricketing countries. Furthermore, if you make it big as a cricket player, there is no limit to how much money you can make. Cricketers get to travel the world for free while participating in a sport that they most likely adore. They get to showcase their talents in front of tens of thousands of adoring fans. What other career path can provide the same benefits?

As a cricketer, you can earn a lot of money if you make it big. In recent years, a significant amount of money has been invested in the game, and even domestic cricket players can earn significant sums of money if they participate in the various T20 tournaments held around the world, such as the IPL in India and the Big Bash in Australia. Top cricket players in England earn between 25 Million and 4 Million per year. Meanwhile, top cricketers in India are paid Rs. 1crore by the BBCI. Cricket players can also earn extra money if they are signed up by T20 clubs to play in domestic leagues. The majority of cricketers also earn a lot of money from sponsorships.

Competition in this Field

Since more money has been made available to players in recent years, the level of competition in the world of cricket has increased dramatically. However, there is always room at the top for exceptional people. However, only the top thirty or so players in each country are eligible to play in each team’s final playing eleven. Competition is fierce, and one must truly stand out in terms of talent, determination, and luck to succeed.

There are numerous opportunities in the cricket sport:-

All these and much more are available at a reasonable price at our ecommerce platform Shop We are authorized distributors of TON,Cosco, Yonex, Nivia, Spartan, SS, Tennex, Konex and many more Indian and global brands